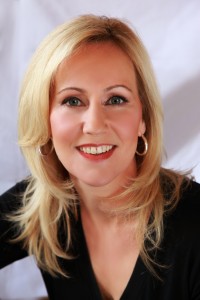 Betsy Myers is all about leadership — as a leader herself, most recently as a senior adviser to Barack Obama’s Presidential Campaign, as a mentor to many, particularly to women who want to make the world a better place, and as a thinker about effective leadership in the 21st Century.

My team, members of our Women in Leadership governance, and myself recently spent the day with Betsy when she came to Hewitt to speak to us during our Women’s History Month celebration.

As she shared her insights and stories, and she sought out ours, we got to know this extraordinary yet down-to-earth person behind the headlines. As the Obama Campaign’s Chief Operating Officer, she was tasked with the challenge of building a $100M organization, and established the campaign with a business operational model and customer service mentality. Myers also represented the campaign as Chair of Women for Obama. Prior to this she was the Executive Director of the Center for Public Leadership at Harvard’s Kennedy School of Government and was a senior official in the Clinton Administration. For more background, check out her bio.
Betsy is currently working on a book on leadership that should be out later this year. I could not let her leave us without engaging her in an in-depth conversation that yielded this Take Five.

Take One: What was the most important lesson about diversity and inclusion that you took away from your experience as a leader in Barack Obama’s presidential campaign?

BM: The Obama for America campaign was historic in that the central mission of the campaign was creating opportunities for people to participate and have a voice. Barack Obama took his ideas to the American people and asked for their time, money and vote. He began without a single endorsement from the traditional sources that include members of Congress, governors and constituency groups. He believed that if we created a grassroots organization that allowed “everyone” regardless of age, color, religion, and economics to participate, we would energize the American public. The campaign leveraged a variety of tools, from social media to traditional political door knocking, to reach out to people and invite their participation. What is noteworthy is that this strategy of inclusion encouraged people to have a voice that in turn increased Obama’s voice and allowed him to win the presidency.

Take Two: What do you see as President Obama’s greatest challenge in terms of diversity and inclusion?

Making sure that he stays connected to the American people and continues to hear many voices. Surrounded by staff, press and security, the president lives in a bubble and it is easy to get disconnected from the public. President Obama must allow for time in his schedule where he can actually talk with regular people. The other challenge is to make sure he has a diverse staff around him with new perspectives and ideas, not just the people with whom he is most comfortable.

Take Three: Equipping women for leadership is your passion. How have gender dynamics in business and government changed since the ascent of women such as Secretary of State Hillary Clinton, Gov. Sarah Palin and Xerox CEO Ursula Burns?

Every time a women breaks through the glass ceiling into a traditionally male-dominated field or position, it paves the way for other women as well as bringing new attitudes and comfort levels. President Clinton appointed Madeline Albright as the Secretary of State in early 1997. Since then, only women and people of color have held the prestigious post. Soon, the American public will hardly remember a white male Secretary of State. The key is that these groundbreaking women change the gender dynamics not by their gender alone but by their competency in their positions.

The new model is what we historically considered a more female version of leadership. It emphasizes inclusion, collaboration, listening, and authenticity. What worked in past eras – command and control — no longer works in this new century with a multigenerational workforce. People no longer stay at one company their entire career, so leaders must be more aware of what makes people feel engaged and connected. Today, people want to feel that their work is meaningful and that they have a voice. Technology has changed the way people have a voice and no longer need to ask for permission. Real leaders don’t act like they have all the answers. Instead, they are willing to include their staff and constituents by asking questions.

Take Five: How ready are corporations and government organizations to nurture a new generation of leaders—and what is at stake for those who do and those who don’t rise to this challenge?

Obviously, some corporations and some government agencies are better equipped than others for this challenge. But historically government has done a better job overall of nurturing diversity and a new generation of leaders than corporate business has. Real progress is made when there is commitment from the top by a leader who not only speaks the right words but also supports a program with measurable goals. Diversity of perspectives is the winning edge in this new century for both the public and private sector. Organizations that insist on staffing up with white males only are going will find themselves lagging behind in both profits and ideas.