Is there value in Foursquare? Some retailers and restaurants are offering specials and discounts to Foursquare users and there are companies using the platform to reach out to customers at conferences and seminars.

Is this a fad? A toy for adults or an exceptional social media tool that will connect friends, family, colleagues, customers, vendors, suppliers, retailers and fans. 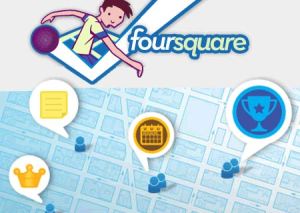 Advertising Age Magazine is using America’s Past Time to provide statistical evidence of the value this mobile tool can have on a society that relies on immediate results and instant gratification.

Who Won the 2010 World Series of Foursquare?

You might have heard that the Giants (now of San Francisco) won the World Series last night for the first time since 1957 when the team crushed the hearts of New Yorkers young and old by picking up and moving to a better city.

The Giants were victorious both on the field as well as in the all-important realm of Foursquare check-ins.
The Giants, one of the most storied brands in baseball, defeated the Texas Rangers four games to one. The Rangers were in the World Series for the first time in franchise history, meaning that they now join the not-so-exclusive ranks of teams who have been to the championship more recently than the Cubs.
The Giants’ decisive victory in the best-of-seven series pales in comparison to the victory in all-important realm of Foursquare check-ins.

Spurred by a suggestion from reader Christopher Bryan, we looked at check-in data for 29 Major League Baseball teams (data for the Baltimore Orioles was unavailable) and have compiled the first-ever Check-in-Dex which ranks the likelihood that a person attending an event will check in on Foursquare while there. An index of 100 represents the average check-in rate for MLB ballparks so a score of 200 is twice as likely, and a score of 50 is half as likely, etc.

The Giants win this great contest, too. They were undoubtedly buoyed by excited World Series goers who wanted to show that they were riding the bandwagon in person. They’re also the only Major League Baseball team to have their own brand page on Foursquare, with roughly 3,500 friends.

The National League had far more check-ins than the American League (194,782 to 167,106)
The American League had a slightly higher Check-In-Dex than the National League but it’s close enough that data from Baltimore could skew it either way
The Yankees had the most check-ins (35,373)
The Nationals ranked a surprise 5th
In intra-city competition: the Chicago Cubs smoked the White Sox; the Yankees edged out the Mets; the A’s clear were no competition for their rivals across the bay; and while the Dodgers and Angels were both less likely than average to have check-ins, the Dodgers come out slightly ahead with a Check-In-Dex of 86.
The Giants were the only team with greater than 1% of fans checking in.

3 thoughts on “Foursquare or Not Foursquare: That is the Question – The Worlds Series Winner Results are in!!!”