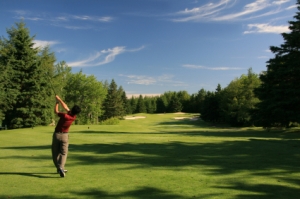 25 Years ago on a warm April day in Augusta, Georgia, Jack Nicklaus, at the age of 46 came back from four strokes down to take the most coveted crown in all of golf as millions around the world watched him turn the clock of time back and win his sixth and final Master’s Green Jacket.

This moment of greatness and eternal respect was not only a win for Jack but a victory for courage and passion. As fathers and sons, husbands and wives and families sat eargerly on that Sunday afternoon, they witnessed modern day history that will be told for generations to come. 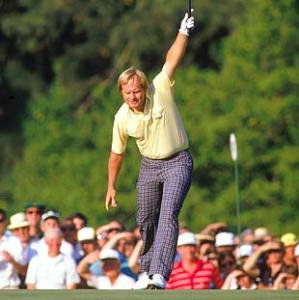 Jack Nicklaus is a legend. He could have walked away years earlier as one of the greatest athletes to ever represent his sport, but that wasn’t enough. He knew as a new generation emerged of quicker and more powerful golfers, he needed to be better than even himself to win this most elusive event. After three rigorous days, he stepped out onto the green on Sunday afternoon and led a battle in his own mind to once again define himself as the greatest golfer on earth.

He established a framework for ten year old boys and eighty year old grandfathers to dream. His spirit resonated with each stroke of the club and his love of the sport made him more talented than ever before.

Twenty-five years ago, as the flowers bloomed and the sun shined a little brighter, a lifetime of memories slowly found its way into our hearts.

Now 71, Jack took the first tee on Thursday morning kicking off the 2011 Masters Event and what a shot he took. The ball soared through the air as we were reminded how timeless golf, competition and dreams can be.

As Jack sunk his final shot to confirm his victory 25 years ago this weekend, he turned to his caddy and son with the warmest of embraces as both released tears of joy as fans in full circle cheered a moment that now lives in the archives of eternal legend. This event was not about a moment of historical significance for Jack Nicklaus and his son alone but for fathers and sons around the world that continue to reflect on that day.

As you witness father/son teams playing golf, coaching, playing catch, sharing a meal or just sitting on the porch, understand the importance of family. Ultimately, those are our eternal memories that last a lifetime and beyond….