“I love the development of our music, that’s what I
really dig about the whole thing. How we’ve tried
to develop, y’know? It grows. That’s why every day
people come forward with new songs. Music goes on
forever.” 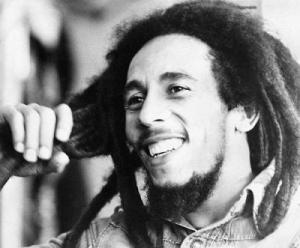 On May 11, 1981, Bob Marley was taken from this earth just eight short months after being diagnosed with cancer. He was 36. Before he was taken from us, he gave the world over two decades of emotionally and politically driven music that continues to impact new generations.

One month before his passing, Robert Nesta Marley was awarded Jamaica’s Order of Merit Award for contributions made in music and cultural awareness. Nicknamed “The First Third World Superstar,” “Rasta Prophet,” “Visionary,” and” “Revolutionary Artist”, Bob defined a movement not about race, social status or life style but about peace. Both the Prime Minister and Leader of the Opposition attended his funeral as a testament to long term impact of his words and music. 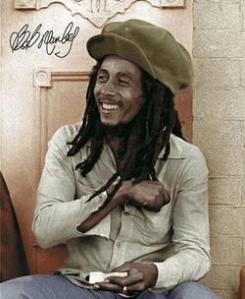 Bob Marley’s music, inspired by the spiritual beliefs in Rastafari which proclaims Africa (also “Zion”) as the original birthplace of mankind, and embraces various Afrocentric social and political aspirations, such as the socio-political views and teachings of Jamaican publicist, organizer, and black nationalist Marcus Garvey, are a critical theme in his lyrics. These lyrics not only make him an outspoken leader through the power of music but created a world wide following that is still active today.

Music is the cornerstone of all existence. It is the sounds of nature and the words of poets that shape the foundation of who we are. Bob Marley had a rare gift to express to thousands each and every night a message of awareness, pride and love. 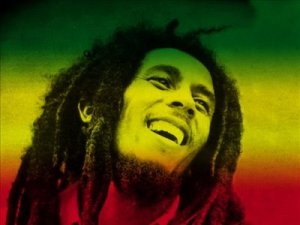 His words captured a generation and more importantly heightened his being to a higher level. Today, thirty years later, his words continue to raise awareness to the continuing struggles of third world nations and the African American struggles. He was a pioneer, a leader and a gentle voice.

On this, the 30th anniversary of his untimely passing, we remember the man behind the music.