“There is no psychiatrist in the world like a puppy licking your face.” ~Ben Williams

“The great pleasure of a dog is that you may make a fool of yourself with him and not only will he not scold you, but he will make a fool of himself too.” ~Samuel Butler, Notebooks, 1912 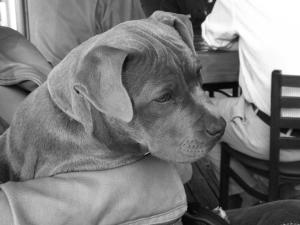 “We long for an affection altogether ignorant of our faults. Heaven has accorded this to us in the uncritical canine attachment.” ~George Eliot

“I think dogs are the most amazing creatures; they give unconditional love. For me they are the role model for being alive.” ~Gilda Radner

“I think we are drawn to dogs because they are the uninhibited creatures we might be if we weren’t certain we knew better. They fight for honor at the first challenge, make love with no moral restraint, and they do not for all their marvelous instincts appear to know about death. Being such wonderfully uncomplicated beings, they need us to do their worrying.” ~George Bird Evans, Troubles with Bird Dogs 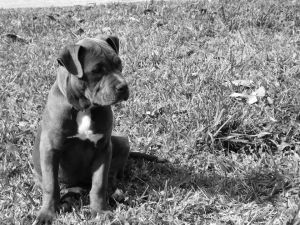 “One reason a dog can be such a comfort when you’re feeling blue is that he doesn’t try to find out why.” ~Author Unknown 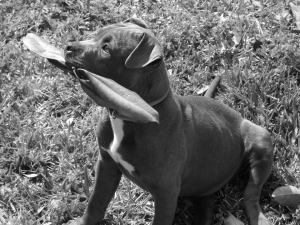 “I talk to him when I’m lonesome like; and I’m sure he understands. When he looks at me so attentively, and gently licks my hands; then he rubs his nose on my tailored clothes, but I never say naught thereat. For the good Lord knows I can buy more clothes, but never a friend like that.” ~W. Dayton Wedgefarth

“If you think dogs can’t count, try putting three dog biscuits in your pocket and then giving Fido only two of them.” ~Phil Pastoret

“With the exception of women, there is nothing on earth so agreeable or necessary to the comfort of man as the dog.” ~Edward Jesse, Anecdote of Dogs

“My goal in life is to be as good of a person my dog already thinks I am.” ~Author Unknown

“If you get to thinking you’re a person of some influence, try ordering somebody else’s dog around.” ~Will Rogers

“They never talk about themselves but listen to you while you talk about yourself, and keep up an appearance of being interested in the conversation.” ~Jerome K. Jerome

“Dogs are not our whole life, but they make our lives whole.” ~Roger Caras

“Dogs have given us their absolute all. We are the center of their universe. We are the focus of their love and faith and trust. They serve us in return for scraps. It is without a doubt the best deal man has ever made.” ~Roger Caras