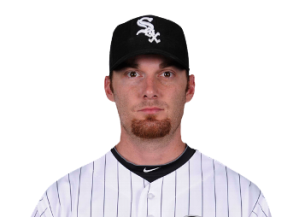 On April 21, 2012, the 21st perfect game in Major League Baseball history was thrown by 29 year old Philip Humber of the Chicago White Sox in Seattle against the Mariners.

The perfect game is the single greatest achievement in all of sport. A single pitcher faces 27 batters and dismisses each and every one. No walks, no hits, no errors, no runs. Pure perfection. To add to the drama of the moment; in the bottom of the ninth with two men out he faced his third 3-2 count of the afternoon. One pitch too high, too low, too outside and the perfect game was ruined. At another moment, he was down 3-0 and fought back to conquer his batter. As I imagine millions witness, the final out was in the highest level of drama as the strikeout got away from the catcher and a throw was needed to first to complete the mission to greatness.

It is moments like this that everyone comes together and routes for the lonely man on top of the dirt mound to achieve his moment of perfection. Now the most trended item on Twitter and soon to be spread around the world, this is a moment that will bring tears to young men, fathers and even a few young ladies.

As Vin Scully said in For The Love of the Game, “it is the loneliest spot in the world.” It is the pitching mound, where one man, surrounded by eight others controls the destiny of a game. They must become a general in the battle, using strategy and research to understand their opponents. It is a one on one battle for an entire game. On a rare sunny afternoon in the Western corner of the United States, one man stood alone, took all his childhood dreams and made them a reality. It is these moments that make legends and these legends that makes us all believe we can accomplish anything.

Today, I was one of many that rallied for an unknown. It was a moment where I witnessed history and become a believer in the pure competition and sportsmanship that is baseball and life.