It was sometime after seven when my phone rang. I was groggy and half awake but somehow felt the need to answer my phone. Kim was the on the other end frantically telling me to turn my television on. Without hesitation or knowledge of why, I did. She then began to tell me the cryptic pieces of information surrounding a plane going into the World Trade Center. It was moments later when I witnessed the second plane make a permanent impression in my mind. I soon hung up and continued to stare at the screen as my eyes got lost far beyond the scenes I was seeing on the television screen. 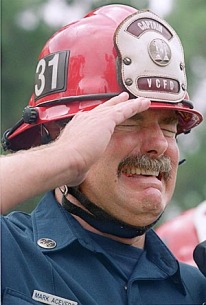 I sat silently and still on the floor, watching, absorbing, and reflecting as the news trying to make sense of this madness. Memories of my days on Wall Street came back quickly and I could remember my footsteps from the PATH train to Broad Street. Now that path is covered in rubble and smoke and the familiar sounds of taxis are now filled with screams.

After several hours, without knowing what to do or who to call, I played nine holes of golf. Upon completion, as I walked the final path to the clubhouse, my phone rang. I don’t know why, but had a feeling the news was not good. I had no reason to believe that the call from my parent’s home phone was good or bad news, but I knew. Maybe it was the day playing in the back of my mind or perhaps the knowledge that my parents rarely ever called me during the day. With a brief hesitation, I answered to hear my father on the other end confirming my notion. I received the news that my mother was diagnosed with breast cancer. Mid afternoon on September 11 as the world reacted, lived and digested what would become the most memorable day of our lives, I stood alone hearing the word you never want to hear in relation to a family member, friend or yourself.

Much of the next several hours were a bit of a blur. Sometime in between the hours of 8:00 PM and 10:00 PM I leaned on a rock just outside my apartment and looked up at the sky. My first thought was of the deafening silence filling the sky with only the view of stars shining. No planes, no helicopters, no sound resonating. Of course this being in the middle of a remote part of Oklahoma would not have shocked anyone but living seven miles from an international airport meant something else. How can complete silence send shivers down one’s spine? I don’t know, but the empty sound was the spark that drove me into a period of weakness and sorrow. I shed a tear as an entire day of devastation ran circles in my mind. Over and over I remember the calls, the videos, the commentary and through all that, it was the silence that sent me over the edge.

One year and six days later, we lost her.

Fifteen years have passed, ten years older and more mature. The world as you and I know it changed that day, not in a temporary mode but a permanent way of life. It awakened us to the notion that we are all vulnerable. How often to we go to a movie and watch a blockbuster about an apocalyptic event and sit in awe at the wonder of Hollywood magic? Yet, to witness the unimaginable happen before our eyes wondering and praying that our friends and loved ones were not part of this madness is something not many of us would pay the price of admission for. I grew up in New Jersey, raised by two home bread New York parents. Spent some time on Wall Street living the American dream. Never in the midst of the madness known as New York City could I imagine an event so catastrophic ever happening in my backyard.

If asked what emotions went through my system that day, I would have to say shock, fear, heartbreak, concern, confusion and hope. I am sure you are thinking why “hope” in that list of negative emotions. Well, without hope, we have nothing. Everyday we live with the risk of tragedy whether it affects one person or thousands, yet each day we wake up to a new sunrise with the hope of a day filled with happiness and love.

September 11 was tragic for me in so many ways, mostly personal. I needed to feel hope that as a family we would be by my mother’s side supporting her, comforting her and knowing together we could beat this disease. As we come closer to the 10th anniversary of the day that changed our lives forever, I will be thinking about my mother and the struggles she had to endure so that we could have the blessing of having her in our lives.

My greatest tragedy of that day was not the events over lower Manhattan. It was that I was not there to hug and hold my mother when she received the news of the unwelcome visitor in her body. I’m sorry Mom.