If you ever dared to dream, this is a must read: 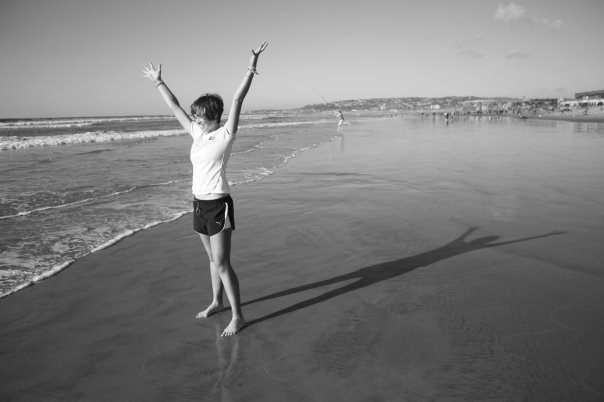 When I was seventeen I wanted to see the country from the comfort of the clouds or the front seat of a highway cruiser. When Katie Visco was seventeen, she wanted to see the country one step at a time. As memories of a simpler time, living through the life journeys of Jack Kerouac told in the lyrics of Dylan, it is no wonder the reality of this teenage dream has had such a personal impact on so many who believe in her cause.

As she stepped through the front door and enthusiastically told her mother her dream, her mother knew in the back of her mind that Katie might be crazy enough to do that. So as a cautious and supportive mother would do, she suggested running across Chicago or Illinois instead. We are all glad she did not listen to her mother, who has been emotionally by her side throughout. 3132 miles later Katie has not stopped to rest yet.

With a smile that can light the sky and legs of pure gold, Katie began a mission that has now developed into a lifestyle positively affecting thousands with aspirations of continuing this journey to other countries and cultures. 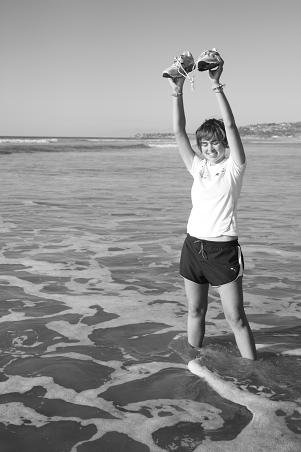 Born and raised in Glen Ellyn, Illinois, Katie was a Midwest girl with big time ambitions. When she set out on her journey in 2009 she had a goal to run across America and inspire as many people as she could along the way.

Katie’s Foundation, Pave Your Lane is about “empowering people to find their passion, create a plan to embrace it and run toward it fully.” Katie’s run is only a stepping stone in raising awareness of the power of dreams. Her words, to some are more powerful than her remarkable achievement. She believes if she can speak to a room of two hundred and just inspire one person, she has helped fill a void or arouse dreams to come true.

Raised as a soccer girl, running came a little late in Katie’s young athletic career. As preparation for the soccer season, she was convinced to do a summer camp for conditioning. Unbeknownst to Katie, this was a cross country camp. What began with one mile a day and increased with endurance and stamina became and unimaginable accomplishment. Ironically, Katie has never competed in a marathon. One would imagine that 26.2 miles just isn’t a big enough challenge for Katie Visco.

Over time she realized this run was not for her but for others. It was for the Marc in Fremont, Ohio who brought his wife and three children to be a part of this journey or Patricia in Kinsley, Kansas who almost broke into tears hearing the inspirational words of Katie.

On December 12th with three hundred miles left in her journey to the coast, Katie’s knee gave out. Indications were that she could not run any longer but she knew she had to finish. Stopping was not an option. Failure doesn’t have a place in the wake of inspiration. With the foundation of ambition, adrenaline and the faith of her followers, Katie continued on, walking to the finish line as she saw the Pacific Coast welcoming her to the other side. 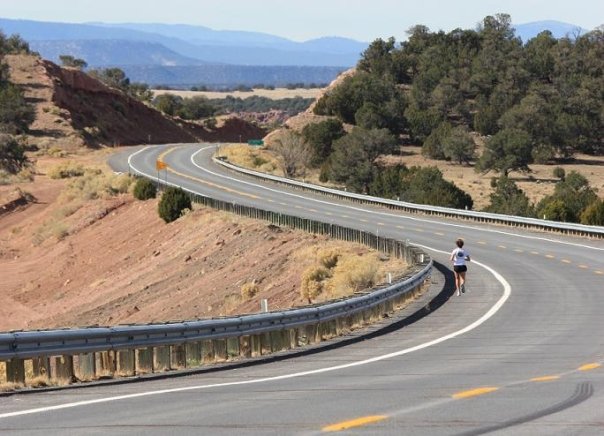 In the truest form of communal living, Katie utilized the kindness of families during her pilgrimage to provide food and shelter. Katie indicated that they became her extended family and she remains close with every family that offered their home. Since completion of this adventure, Katie has continued to strengthen the relationships she made during that three thousand mile journey of awakening.

Katie saw herself running “in an envelope of love”. As she progressed further into the heartland of America so many helped out in a variety of ways. Some offered up front generosity and support while others took an anonymous stance providing financial assistance and encouragement along the way.
What does a runner think about when you have so much time alone? In her creative wisdom, Katie took the time to practice speaking in various accents such as Irish and Italian. She even dabbled in cowboy. The Southwest can bring out the best cowboy in all of us.

The burning question on the minds of all of our readers has to be “how many pairs of shoes did Katie power through on her run?” The answer is nine. Utilizing about 300 to 350 miles per pair, Katie retired nine very dependable partners who shared the sites and sounds of America from the ground up.

Bringing her message to children, teachers and adults, Katie continues to tour the United States with words of inspiration. Her messages are candid and shared from the heart. She connects in a way that only someone who has taken on a life changing event can.

Her speaking tour will continue in the autumn of 2010 with engagements scheduled for Massachusetts, Rhode Island, Connecticut, New Jersey, New York, and Pennsylvania.

Katie’s passion for civic duty and social/business equality has led her to organization support of AmeriCorps, an organization that since 1993 has been led by a mission of making the world a better place to live. Serving local and national businesses, AmeriCorps has had over 540,000 individuals have collaborated in these efforts.

What is next for Katie and the Pave Your Lane Foundation?

Katie plans to do another run across the United States and then carry her tireless exploration to Australia and Europe. Soon the world will see what so many of us have now composed as a modern day heroine.

In an age where we need something to believe in, when technology is more important than the human touch, Katie has stepped up to the podium and given all of us a reason to dream.

Follow her story and show your support by becoming a fan not only of Katie Visco but of the belief that dreams do come true: